Ontarian is a Culture in After the End. It's part of the Laurentian Culture group.

The Anglo-Canadians of the past no longer exist, but their main offspring is that of the namesake of their most populous province. While most of its history since the end has been tribal feuds the recently formed Kingdom of Ontario is now one of the most centralized and competent realms in the whole of the North-East. It is a new kingdom and many of its diplomats worry about their pagan neighbors. Though the culture stretches close to the northern reach of Lake Superior, Ontario’s Anglican faith has only limited reach from the East to the West of Lake Erie, with a small pocket of Anglicans in northern Hudsonia. 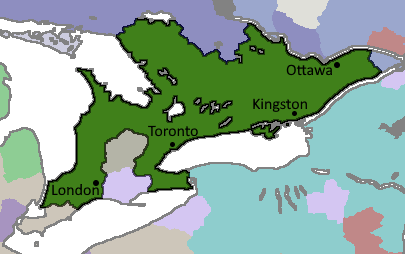