Deitsch is a culture in After the End. It's part of the Amerodeutsch Culture Group.

The Amish and Mennonite population naturally had advantages after The Event, and their descendants maintain parts of their unique culture up to and including 2666. Their naming tradition is largely Old Germanic, with the ruler of the Kingdom of Dietscherei called the Kaynich. The Deitsch are the traditional power behind the Anabaptist movement, centered in their homeland of what was once Pennsylvania. They are cousins of the Plautdietsch.

The Deitsch culture has the Shieldwall cultural retinue. It has 400 pikemen, and combat bonuses of Pikemen Morale +20%, Pikemen Attack +20%, and Pikemen Defense +40%. It costs 1000 retinue cap usage, monthly maintenance of 0.25, and a creation cost of 140. 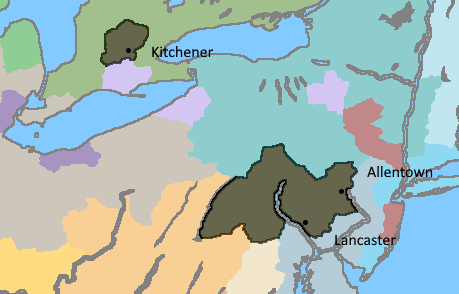